In some cases listeners want to 'combine' DSD files (tracks) appearing separately in a downloaded album, to form a single DSD file, to avoid 'gaps' in playback. Gaps sometimes occur when playing from certain machines, scroll way down to read why this happens.

An example is playing the native DSD files from flashdrives inserted in a Marantz SA10. Most premium software players, like jRiver and Roon will be able to avoid the clicks.

Why NativeDSD does not offer "Gapless" files

It isn't possible for us since the record companies provide the DSD files to NativeDSD as separate .DSF files (tracks) vs. e.g. one bigDSD .ISO file. [Aside from the fact that NaiveDSD.com does not consider an .ISO file to be 'native DSD'.]
The listener would have to make a special arrangement with the record label to obtain the album's music as one combined file that is "gapless" since the record company would be the only place that the combined DSD file exists.

Since chasing a record label for a listener would be cumbersome, below is a solution to create your own gapless DSD file.
The TASCAM website offers a free software solution for editing DSD and DXD files -  it allows file combining (and splitting). 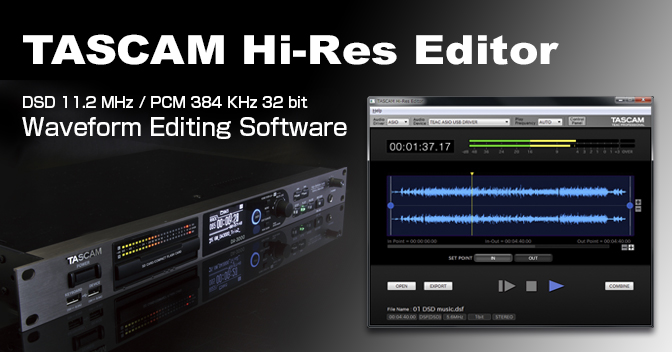 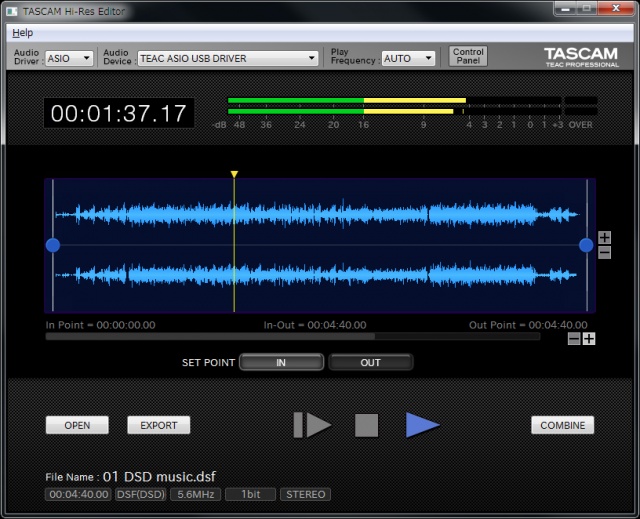 The TASCAM software is user-friendly and the user manual, which can also be downloaded, is not too technical. It offers a very simple method of combining tracks. Even a piece involving several separate tracks (files) - for example, a string quartet with separate movements - can be combined into a single track (file) in several easy steps by combining the first two tracks and then adding subsequent tracks one at a time.

More about 'clicks or gaps' between tracks

Clicks between tracks, where the original dff file (like an .iso file, which is actually an SACD rip) was sliced into tracks, is caused by the inherent DC offset of any DSD process. (note - NativeDSD does not rip any sacd's we get the .dff master from the labels before slicing) The two ways of eliminating it for the engineer are to manually search for the quietest place where the slice to take place (close to a zero crossing of the offset), or employ a slicing method where there are no dropped bits at the slice point such that the DC level is unchanged across the slice from the last bit of the ending track to the first bit of the following track. Doing that eliminates any ticks/clicks, for there's no level change. Of course playing the track independently will have a start and stop click, proportional to the start and stop point DC offset level. We do our best to place the slice at the best position possible, but sometimes it is still possible you will hear a click.

However, almost all files we receive are already sliced by whatever method the mastering engineer used, and we sell them as received. Most premium players, like jRiver and Roon will be able to avoid the clicks.

Some listeners do prefer machines (like the SA10) which actually load and play files, thereby avoiding the need for any lap-top, server, or third party player-app. However, some of these players are not able to avoid the clicks, hence this article.

---
NativeDSD thanks James Faulkner for help in creating this article.