Written by Brian Moura
Updated over a week ago

Before reading on, please make sure you are on the latest firmware for your 103, 105, 203 or 205 device, visit this page: http://www.oppodigital.co.uk/OPPO-Firmware.html

In addition, the newer Oppo 105D and Oppo Japan 105JPD models handle both DSD 64fs and DSD 128fs (double rate DSD) music downloads using a different approach. Instead of using one of the three USB inputs on the 105D and 105JPD Oppo players (usable for DSD 64fs only playback), you will connect a computer running music playback software (like JRiver Media Center) to the Digital Audio Input marked “USB DAC”, just like you would on any Digital to Analog Converter (DAC).  This enables the Oppo 105D and 105JPD players to play Stereo and Multichannel DSD download files at DSD 64fs or DSD 128fs – opening up even more musical choices to you!

As you can see, the Oppo disc players are a very affordable way to get started with DSD music downloads – and it is often a disc player you already own! 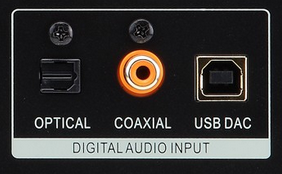 Playing DSD on Oppo 203 and 205 via connected USB drive

The Oppo 203 will play DSD64 Stereo and Multichannel, and also DSD128 Stereo as maximum, and only from a USB storage drive connected to the unit.

The Oppo 205 is able to read the DSD 64 Stereo and DSD 64 Multichannel files when copied to a USB drive as well.

The USB drive is inserted into one of the 3 USB connectors of the player.  Select MUSIC from the Oppo Home Menu, then select the .DSF music file from the Oppo menu and then press the play button.

Instructions on this part are in the Oppo 205 manual starting at page 39.
http://download.oppodigital.com/UDP20X/UDP-205_User_Manual_English_V1.0.0.pdf

Playing DSD on Oppo 203 and 205 via connected computer

If you need more help you can also contact Oppo's customer support via: https://www.oppodigital.com/ContactUs.aspx?CatID=1